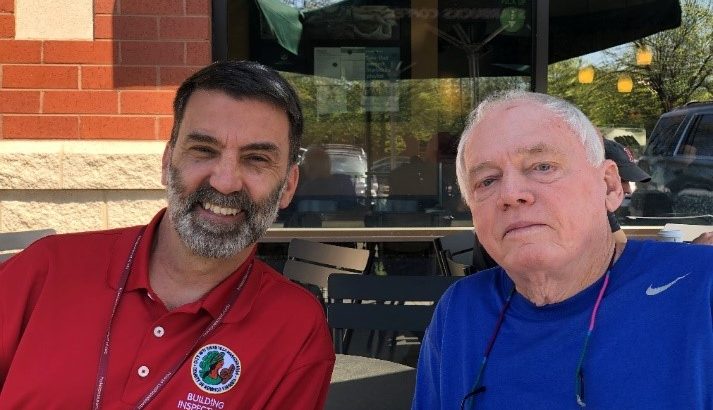 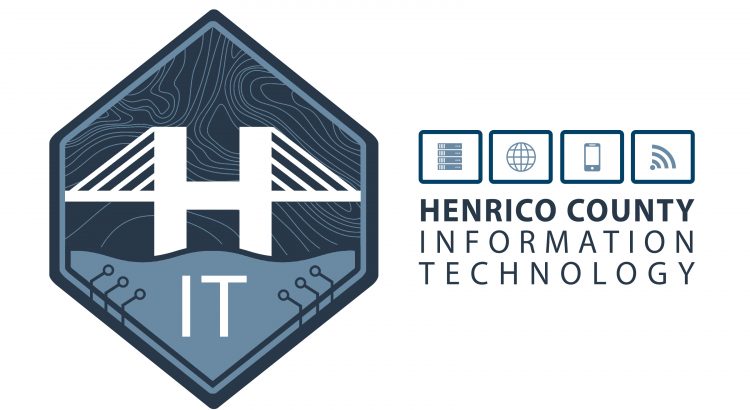 The Department of Information Technology (IT) has just released a new training and adoption site for all employees on various IT products. The goal of the site is to provide resources for employees with which they can engage and for employees to learn more about the products offered to them that can help improve the way their teams work.

Initially, the site will offer training resources for Office 365 and Cisco products. More training information will be added as it becomes available. Office 365 is a platform utilized by Henrico County for team collaboration and Cisco’s communication tools allow users to call, instant message, or meet with both small and large groups. Both are currently available to employees.

For example, if you want to learn more about the new productivity tool, Microsoft Teams, you can visit our Teams Product Page for more information. There you will find an interactive demo, training videos, and a direct link to the application for you to get started.

The following products are currently covered on the training site:

As IT continues to develop the site, training and support will expand to more products used at the County. If you have any questions, please email it-help@kace1000.hcg.local.

Now, get training and check out the IT Training Site today!

Please note: Non-general government employees (Schools and Library employees) will need to request access in order to be able to view the site. If try and access the site and get the message “You do not have access” please click the “Request Access” button and IT will grant you permissions to view the site. 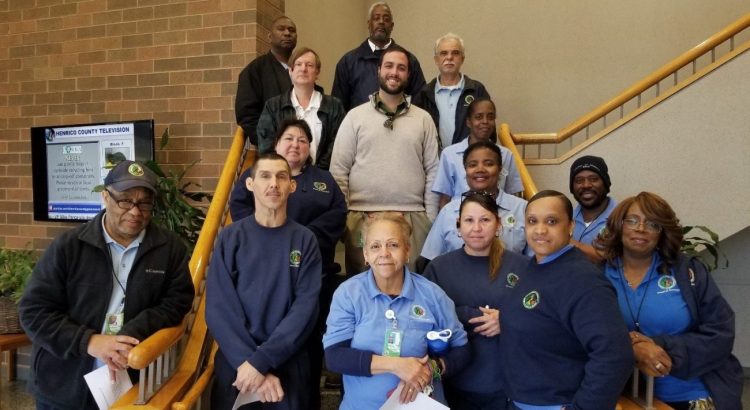 The Henrico County Custodial Services Section of the Buildings and Grounds Team in the Department of General Services is responsible for keeping the buildings clean, keeping bathrooms stocked, collecting recycling materials, changing light bulbs, keeping walkways clear of litter and debris and helping with room and area setups for special events and activities. These services are performed by a combination of County staff and contract employees depending on the building and time of day. The following chart shows a breakdown of how facilities managed by the Department of General Services are staffed for custodial services:

Employees working at the Western Government Complex (Administration, Administration Annex, Human Services, Purchasing, Risk Management and the Recreation and Parks Main Office) might have noticed some new faces and uniforms around offices and buildings. On April 1, the County welcomed Associated Building Maintenance as the new night cleaning contractor. We are excited about several changes to our scope of services and are working with Associated to get those changes implemented throughout our buildings.

As an employee in the General Services managed facility, you should expect daily in your office/work space:  all floors visibly clean and free of debris; exposed vertical and horizontal surfaces free of dust and debris; all trash collected and trash cans and liners clean; and any interior glass clean and streak free. There are some common issues or concerns that are reported.  These include some surfaces not being dusted at night.  Only exposed areas will be dusted, so if you have paper, equipment or personal items on a surface, they will not be moved to dust. Electronic equipment will not be dusted, including computer monitors, screens and towers. If you decorate your office seasonally, please keep in mind that those decorations may impact the ability to dust. Removing items from a shelf or desk (or moving them to one side) is a sign to cleaning staff that those areas need to be dusted.

If you lock your office at night and would still like to have it cleaned, please contact the Custodial Services Section at onestoprequest@henrico.us and they will arrange to have County staff clean your office during the day at a time convenient for you.

There are also additional on-call services available by contacting onestoprequest@henrico.us.  These include:  deep cleaning empty offices; carpet and furniture extraction and stain cleaning; light bulb replacement; requests for tables (Administration Building only); additional trash or recycling collections; emergency clean-up of unexpected messes.  There are a few ways you can help:  please report spills immediately; please empty all beverages before disposing of them in waste bins; please don’t use water fountains to empty or clean food and non-water drink containers and please pick up staples and paperclips when they fall on the floor (once they have been walked into the carpet they become extremely difficult to remove).

We want you to feel that your area is truly clean every day when you come to work.  If there are any missed services please submit your issue as soon as it occurs to onestoprequest@henrico.us or contact the Custodial Maintenance Superintendent at van089@henrico.us.

*Please note that all described services are available in General Services managed facilities. For all other locations please contact your facility manager. 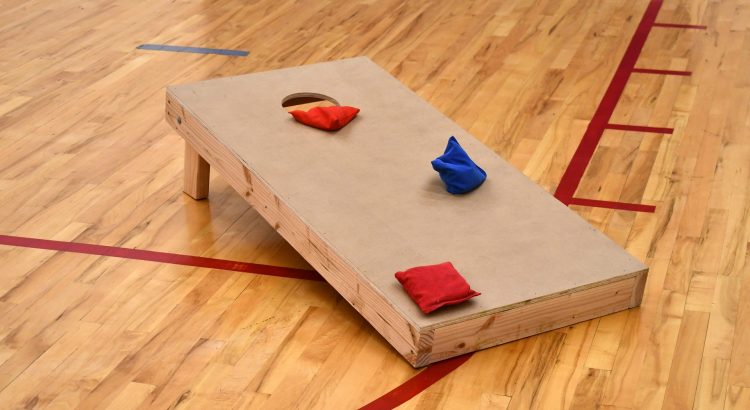 Come out to the POWERING YOUR WELLNESS THROUGH HEALTH employee wellness fair on Wednesday, May 15 from 11:00 a.m. to 1:00 p.m. in the Administration Building Courtyard.

A vibrant workforce exists when employees are healthy. The everyday choices you make can help you live healthier, happier and more fulfilling lives – both at work and at home. Through our Power Henrico wellness initiative, the County is holding an employee wellness fair to provide you with information, tools and resources to help improve your health and well-being.

In addition to a variety of vendors covering health and fitness, financial planning, active aging, cancer prevention and blood pressure screenings, the wellness fair provides attendees with fun fitness activities including tips and tricks for implementing a healthier lifestyle:

Please see the POWERING YOUR WELLNESS THROUGH HEALTH flyer for more information or contact the Fitness and Wellness Division of Human Resources at 501-7556.