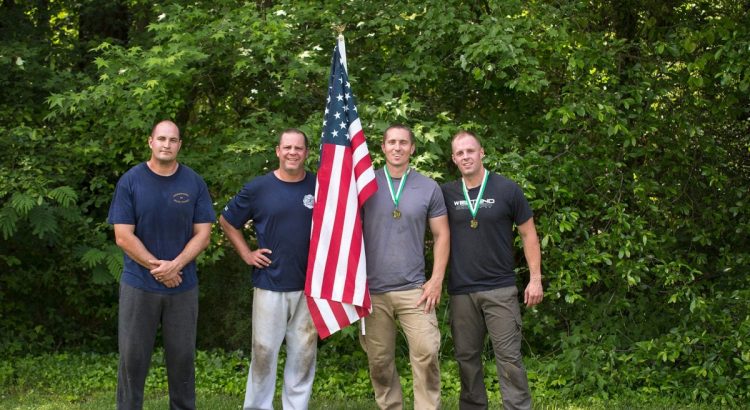 On May 21, the Henrico Police Division clinched the title of “Fittest Public Safety Division” for the first time in Henrico Public Safety Games history. This year’s friendly fitness competition was the first of its kind and the beginning of a new era.

In previous Public Safety Games each registered two-person team was invited to a one-day only competition. This year, a three-week preliminary tournament heated up the 2018 battle.  Each week teams were given a different challenge, with the full week to complete it. During the preliminary period, five Police and four Fire teams competed against their own division to earn the number one overall seed for the finals. This is the breakdown of how the preliminary weeks went:

After the three preliminary challenges were completed, teams were ranked and the number one overall seed from each respective division was invited to participate in the head-to-head finals competition.  Fire Lieutenant Ben Martin and firefighter Justin Brittle represented the Division of Fire and police officers Austin Lafollette and Alan Jenson represented the Police Division in the finals; a 10-part obstacle course known as “King of the Hill.”

As spectators, fans, and family members stood by cheering in anticipation, the competitors faced off grinding through:

Police claimed the victory after 25 and a half grueling minutes, with Fire finishing second at 27 minutes.  Congratulations to Austin Lafollette and Alan Jensen and the Henrico Police Division for capturing their first win!

You can find the Public Safety Games plaque in the lobby of the Henrico Training Center along with the names and divisions of those who have won the title in the past.  (The Division of Fire in 2012, 2016 and the Sheriff’s Office 2017)

The Human Resources Fitness and Wellness Division’s vision for the Public Safety Games continues to expand each year. Here is a sneak peek at what’s to come in 2019’s competition:

Visit the Public Safety Fitness SharePoint site for more information about the Tactical Strength and Conditioning program as well as the Police and Fire CrossFit program for all sworn public safety personnel.